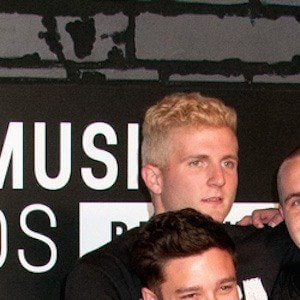 Former drummer for the rock band The Neighbourhood who left the group in January of 2014 and was replaced by Brandon Fried. In 2018, he became the lead singer of the band La Bouquet.

He was an original member of The NBHD, coming together with his band mates in August of 2011.

He sometimes goes by the alias of Olivver and would wind up going solo under the name Olivver The Kid.

He is from Oak Park, California.

He previously performed alongside Jesse Rutherford in The NBHD.

Bryan Sammis Is A Member Of