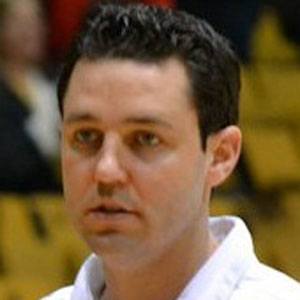 Valparaiso University legend who helped lead the Crusaders to the sweet 16 after hit a game-winning three pointer in the first round of the 1998 NCAA Tournament. He became the Crusaders head coach in 2011.

After a six year stint in the NBA and a couple of seasons playing in Europe, he turned to coaching and became an assistant at Valparaiso in 2005.

He led the Crusaders to the second round of the NCAA Tournament as head coach in 2013.

His brother-in-law Casey Shaw played professionally for the Philadelphia 76ers.

His brother Scott Drew served as the head coach at Baylor University.

Bryce Drew Is A Member Of