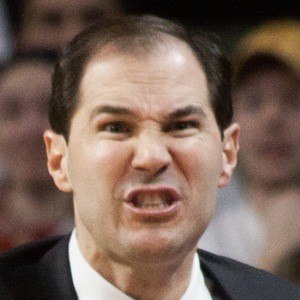 College basketball coach best known for Baylor University, where he took over as head coach in 2003.

He made his debut in 1991 as a student manager at Butler, before becoming an assistant coach at Valparaiso in 1993.

During the 2007-08 he turned around the long-ailing Baylor team, and was rewarded with a 10-year contract extension.

His father, Home Drew, was Valparaiso's head coach while he was an assistant.

As a Big 12 coach, he has constantly competed against Bill Self.

Scott Drew Is A Member Of