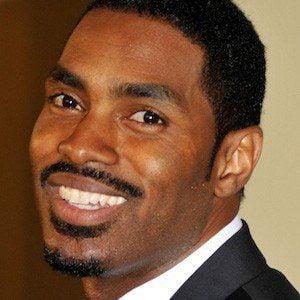 Music producer, songwriter, and entrepreneur who is best known as being one-half of the early-1990s electronic hip-hop duo Mantronix. This was followed by his tenure in the late-1990s duo Groove Theory. He is also known for having penned several hits for prominent artists, including Toni Braxton's "You're Makin' Me High."

He first debuted with Mantronix as a co-producer and songwriter on their 1989 album This Should Move Ya. He completed the group's final record, The Incredible Sound Machine, before leaving.

In 2008, he was a co-producer for the singer Brandy's 5th studio album, Human. He has also gone on to appear in various films and TV shows as an actor, including as James in the 2005 film Beauty Shop.

He was born in Jamaica, and eventually raised in New York City, New York.

He also worked together as a co-producer with his fellow record producer Babyface on Toni Braxton's "You're Makin' Me High."

Bryce Wilson Is A Member Of