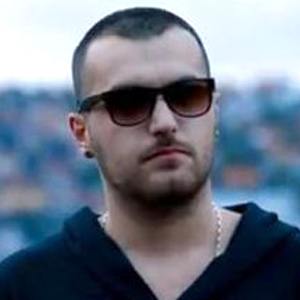 Rapper who rose to fame with his hit singles "Bez tebe," "22" and "Trinidad i Tobago." In 2014, he released his debut album Pakt s Đavolom.

Prior to his solo career he was in hip-hop groups G-Recordz and Corelli Duo.

His second album Kruna came out in 2016.

He was born and raised in Bosnia and Herzegovina. His real name is Amar Hodžić.

He has frequently collaborated with Jala Brat.

Buba Corelli Is A Member Of