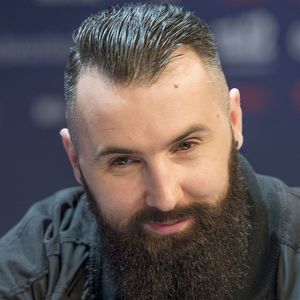 Bosnian hip hop artist most well known for representing his home nation in the 2016 Eurovision Song Contest. He co-wrote the single "Ljubav je" which made it to the competition's semi-finals.

He released his debut album Fiction in 2005 and has since released half a dozen successful records.

He founded both the hip hop collective BluntBylon and the music studio Red Eye Vision.

Though his real name is Jasmin Fazlić, he has been known to go by the stage names Jala or Jala Brat.

In 2016, he competed in the Eurovision Song Contest against Sweden's winner Mans Zelmerlow.

Jala Brat Is A Member Of