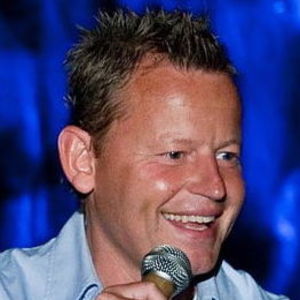 One of Denmark's most famous television hosts known as Bubber. He's most popular for his children's programs, Bubbers Bath and Bugs Bunny's Saturday Club. He also created the series of documentaries called Denmark according to Bubber and Bubber and BS.

His first television show was Bubbers Bath in 1990.

He played a pivotal role in the circus world and was the ringmaster of Circus Arena for several years.

He was born Niels Christian Meyer in Hellerup, Denmark. He married Christina Ibsen Meyer in 1991. They have three children together.

He and Gordon Kennedy both appeared in The Big Class Reunion.

Bubber Is A Member Of