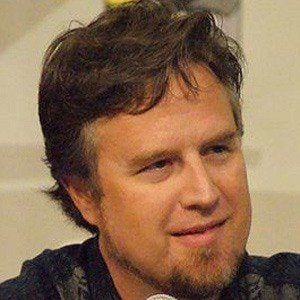 Emmy Award-nominated voice actor and producer of the Phineas and Ferb animated series. He voiced Heinz Doofenshmirtz, the series' villain.

He started a popular comic strip in the campus newspaper while studying film at the University of Southern California.

He worked on many other animated series, including Hey Arnold!, The Simpsons, Rocko's Modern Life, and SpongeBob SquarePants. He created Phineas with Jeff "Swampy" Marsh.

He grew up in Mobile, Alabama, where he spent a lot of time outdoors making movies.

He received an Annie Award in 2005 for his work as a director on Family Guy, which was created by Seth MacFarlane.

Dan Povenmire Is A Member Of