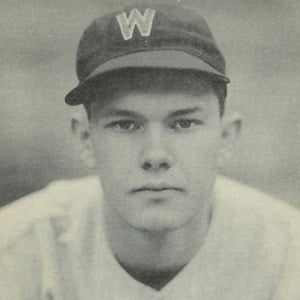 MLB Third Baseman for the Washington Senators and a WWII Hero.

He halted his baseball career to be a pilot in the U.S. Air Force, where he earned the Distinguished Flying Cross.

He was married to Frances Oates Lewis.

Like Ted Williams , he postponed his professional baseball career to serve America during WWII.

Buddy Lewis Is A Member Of