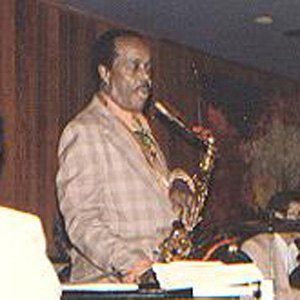 Big Band and Jazz Hall of Fame inductee and one of the greatest tenor saxophone players of his generation. He was the bandleader on more than twenty albums over the course of his career, including Just Jazz.

He started off by playing alto saxophone in McCloud's Night Owls and went on to work with Andy Kirk as a tenor saxophonist.

He led a band in the 1970s with Paul Quinichette.

He raised a daughter who cared for him in his twilight days.

He collaborated with Lionel Hampton in the 1990s, among others.

Buddy Tate Is A Member Of