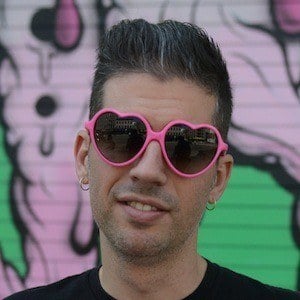 Street artist and painter who is best known for his iconic drip paintings featuring his Ice Cream character. In 2010, the Bristol City Museum acquired a painting of his for their permanent collection, which resulted in his credibility as an esteemed artist.

Prior to becoming a known street artist, he worked as a creative director for a few magazines.

He was born in Oahu, Hawaii. He went to USC for art and business; he later moved to New York.

In 2010, he was included in Banksy's Oscar-nominated documentary Exit Through the Gift Shop featuring Shepard Fairey.

Buff Monster Is A Member Of