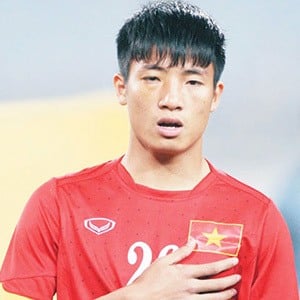 He first started his youth career with FLC Thanh Hóa F.C.. He then started playing with the Vietnam under 19 national team before making his debut with their senior squad in 2017. He also went on to compete on the teams Olympic squad in 2018 as well.

He has a younger brother named Bui who is also a professional footballer.

He travelled to Russia to award Ivan Perisic with the Man of the Match prize for his work in the 2018 FIFA World Cup match of Croatia against England.

Bui Tien Dung Is A Member Of