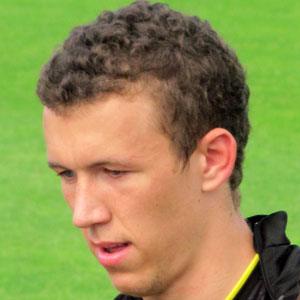 Winger who joined VfL Wolfsburg in 2013 after spending two years with Borussia Dortmund. He became a member of the Croatian national team in 2011.

He debuted professionally for Sochaux's B squad in 2007.

He was born in Split, Yugoslavia. In 2012, he married Josipa Perisic. They have a son named Leonardo and a daughter named Manuela.

He and Nikica Jelavic became teammates on the Croatian national team.

Ivan Perisic Is A Member Of