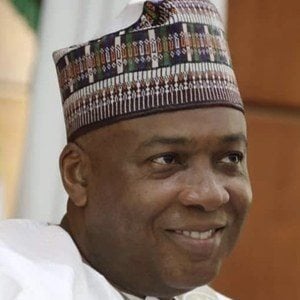 Nigerian senator and politician who is best known for having served as President of Nigeria's Senate as well as Governor of Kwara State. He is also known for having been a member of the People's Democratic Party.

He attended the University of London where he obtained his M.B.B.S. He started his career as a medical officer and was later appointed as Special Assistant to the President on Budget. In 2003, he first ran for the office of governor of Kwara State.

He is known for having been the first serving Nigerian governor to be awarded the National Honor of Commander of the Order of the Niger in 2010.

He was preceded by David Mark as President on the Nigerian Senate.

Bukola Saraki Is A Member Of