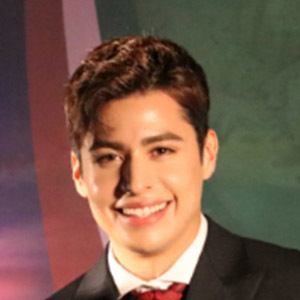 Television personality who found fame as a regular panelist on the Korean talk show Non-Summit, where non-Korean foreigners discuss a wide variety of topics. He is known for his attempts to bridge the cultural gap between Mexico and Korea and was named as a goodwill ambassador for the Hanbok Advancement Center.

He worked as a Korean-language interpreter at a copper mine in Mexico.

He has played keyboards in the band Hangeul.

His full name is Christian Shamed Burgos Atala. He frequently shares photos of his mother on Instagram.

He and Alex Mazzucchelli have both been panelists on Non-Summit.

Christian Burgos Is A Member Of