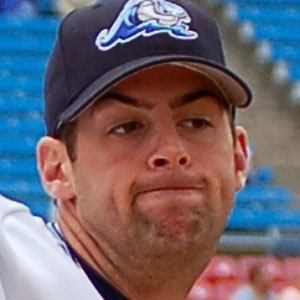 Pitcher nicknamed "The Hopper" who has played for teams like the Florida Marlins and Milwaukee Brewers during his MLB career. He drew upon his business experience at Bowling Green State to co-write the book Financial Planning For Your First Job.

He played for coach Dave Hall at Perrysburg High School in Perrysburg, Ohio. He played college baseball for the Bowling Green Falcons.

During his 2011 season with the Marlins, he became the first relief pitcher to drive in a game-winning run since Micah Owings did so in 2008.

He married a woman named Sara.

He was teammates with fellow pitcher Mike Dunn in Florida.

Burke Badenhop Is A Member Of