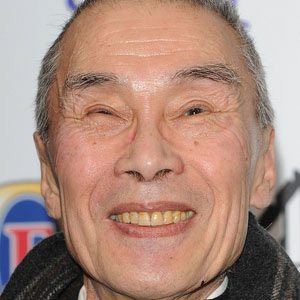 British-Chinese actor who played the role of Cato in the Pink Panther films. He also appeared in The Harry Hill Show from 1997 until 2000.

He attended Maine's Bowdoin College in the early 1950s.

He played three different characters in three films in the James Bond franchise: Goldfinger, Casino Royale, and You Only Live Twice.

He was born in England to a Chinese family and was raised primarily in Shanghai, China.

He starred opposite Anthony Quinn in the 1968 film The Shoes of the Fisherman.

Burt Kwouk Is A Member Of