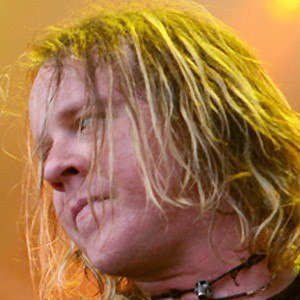 Singer best known as the frontman of the metal band Fear Factory as well as side projects like Ascension of the Watchers. His style of singing is a combination of death growls and clean vocals.

He was an extra in the iconic music video for Nirvana's Smells Like Teen Spirit.

He sang The Ship Song to his wife Amy before proposing to her.

He and guitarist Dino Cazares are both members of Fear Factory.

Burton C. Bell Is A Member Of