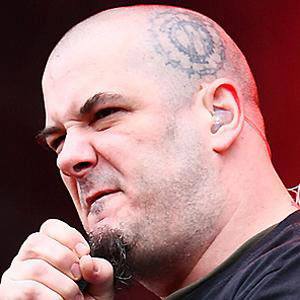 Singer for the heavy metal band Pantera and for the Louisiana-based band Down. He owns Housecore Records. In 2003, he released their first compilation album, The Best of Pantera: Far Beyond the Great Southern Cowboys' Vulgar Hits.

He attended Grace King High School. He joined Pantera in 1987 after the band adjusted their lineup. He worked on a shrimp boat with his stepfather in his teenage years.

He was in the film The Manson Family. He made an appearance along with Guns N' Roses at a VH1's Decades Rock Live concert in 2006.

He was married to Stephanie Opal Weinstein from 2001 to 2004. Then, in 2004, he began a relationship with Kate Richardson.

He was in Pantera with Dimebag Darrell.

Phil Anselmo Is A Member Of