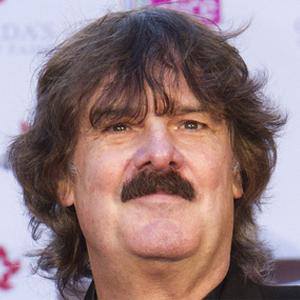 Canadian lead singer of The Guess Who. He was credited with writing songs like "American Woman" and "These Eyes."

He has released several Platinum-certified albums including Dream of Child, which went three-times Platinum in 1978.

He acted in the 1982 film Melanie with Don Johnson.

Burton Cummings Is A Member Of