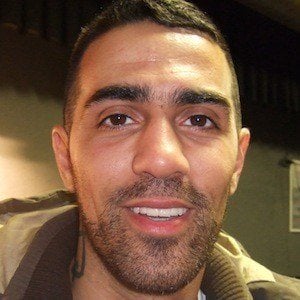 Rapper who is best known for his work in Germany's hip-hop industry. He has taken part in various worldwide tours, and completed a plethora of collaboration albums in addition to his own solo work. In 2015, he released his twelfth studio album, Carlo Cokxxx Nutten 3.

During his troubled childhood, he was sentenced to vocational work in painting in lieu of a prison sentence. During this time, he began creating his own original art as a graffiti artist. In 1998, he began releasing demo tapes of his own original rap content.

In September 2008, he released his self-titled autobiographical book. The film Zeiten ändern dich went on to be made based off of the book's content. In 2014, he achieved his 10th German Gold certification for the sales of his album Sonny Black.

He was born in Bonn, Germany. He and his family moved to Berlin while he was still young, and he was raised primarily by his mother with his brother. In May 2012, he married Anna-Maria Lagerblom.

His sister-in-law is the German R&B singer Sarah Connor.

Bushido Is A Member Of