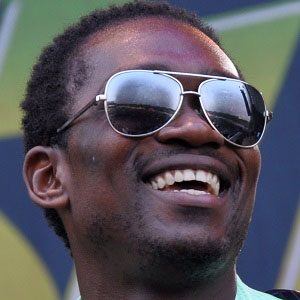 Jamaican dancehall reggae artist who became one of the leading faces in dancehall with the release of "Step Out" in 2003. In addition to his solo career, he has found commercial success through collaborations with artists like No Doubt and Major Lazer.

He was born in Saint Ann Parish, Jamaica and grew up in areas like Tivoli Gardens and Spanish Town. He attended Brown's Town Comprehensive High School.

He launched his own line of clothing, Busy Signal Turf Gear, in 2011.

His birth name is Glendale Goshia Gordon. His son Egypt-Knight was born in 2012.

He performed with Eek-A-Mouse on the 2014 track "Money Flow."

Busy Signal Is A Member Of