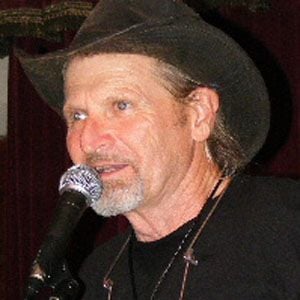 Country singer of the musical group The Flatlanders who released the album The Odessa Tapes in 2012. He also has a solo career, during which he has released more than fifteen albums.

He worked as a tractor driver on his father's farm after dropping out of architecture school.

He established Rainlight Records in 1978 with whom he released a solo album titled West Texas Waltzes and Dust-Blown Tractor Tunes.

He resides in Austin, Texas where he makes music.

He is a member of The Flatlanders with Joe Ely.

Butch Hancock Is A Member Of