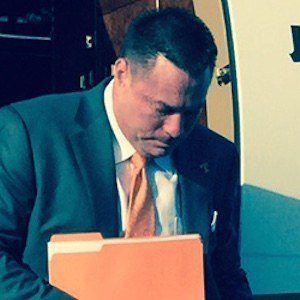 He started his coaching career as a Graduate Assistant for Rutgers University.

He led the University of Cincinnati to two consecutive Big East Championships in 2011 and 2012.

He had three sons, Alex, Adam and Andrew, with his wife Barbara Jones.

He and Lane Kiffin both served as head coach at the University of Tennessee.

Butch Jones Is A Member Of