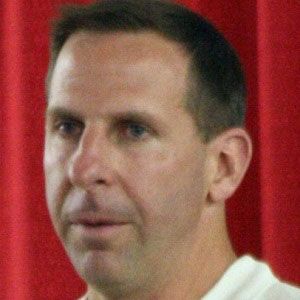 Football coach who was named head coach at the University of Nebraska in 2008, one day after coaching Louisiana State University in the 2007 SEC Championship Game. He won three straight Big 12 North Division titles in his first three seasons at Nebraska.

He was a free safety who played for the Ohio State University Buckeyes.

He won a Super Bowl as the defensive backs coach for the San Francisco 49ers in 1995.

He was born Mark Pelini.

He and Tom Osborne have both served as head coach of the University of Nebraska Cornhuskers football team.

Bo Pelini Is A Member Of