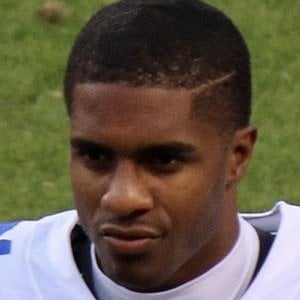 Cornerback who was a first round pick of the Dallas Cowboys in 2015. He played college football for the University of Connecticut Huskies.

In high school, he was a talented track and field athlete, taking first place in the 200 and 400 meter dash at the NVL Outdoor T&F Championships.

He set a world record at the 2015 NFL Scouting Combine beating out Jamie Collins for the standing broad-jump by leaping 12-feet, 3-inches.

He was raised by Donald and Garnette Jones in New Britain, Connecticut.

He was coached on the Dallas Cowboys by head coach and former Cowboys player Jason Garrett.

Byron Jones Is A Member Of