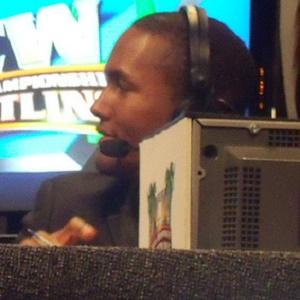 Manager, commentator, and fighter who is best known for his time with the WWE. He earned the nicknames "Big League" and "Wizard of Oz."

He began his wrestling career in the WWE's developmental promotion, Florida Championship Wrestling.

He also wrestled for USCW, where he was a heavyweight champion.

He was born in Virginia but grew up in Orlando, Florida.

He made his first big commentary debut on ECW when Matt Striker was called up to SmackDown.

Byron Saxton Is A Member Of