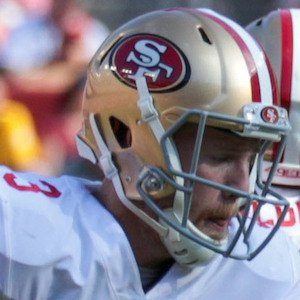 American football quarterback who was drafted by the 49ers in the third round of the 2017 NFL Draft. He played collegiately for the University of Iowa and led them to an undefeated 12-0 record during their 2015 season.

He played high school football for the Battle Ground Academy Wildcats in Franklin, Tennessee. He committed to Iowa to play and started off as their backup quarterback until 2015.

He threw for 245 yards and 1 touchdown during a 2017 game against the Washington Redskins. He was invited to play in the 2017 Senior Bowl.

He is the son of Casey Beathard and Susan Beathard. His brother is country music singer Tucker Beathard.

Both he and Pierre Garçon played for the San Francisco 49ers.

C.J. Beathard Is A Member Of