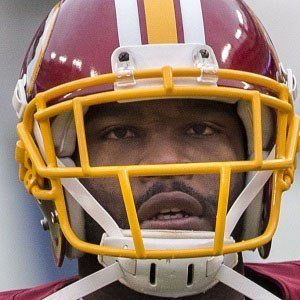 NFL wide receiver who played in the Super Bowl with Peyton Manning and the Indianapolis Colts in 2010.

He had a great junior season in college, and he earned an award for being the top wide receiver in the Ohio Athletic Conference.

He surprised many people when the Washington Redskins signed him to a five-year contract worth over $40 million in 2012.

His father died when he was young, forcing his mother, Marie Nicolas, to raise him and his three siblings alone.

He became teammates with Robert Griffin III upon joining the Redskins.

Pierre Garcon Is A Member Of