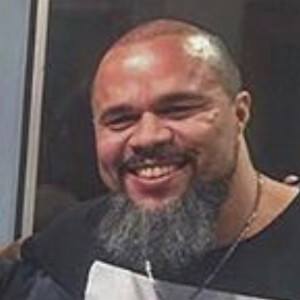 Brazilian fusion guitarist who is best known for his work with the Spookfrevo Orchestra and world music performer Eli Soares. He also also enjoyed a successful career as a solo artist, having released the singles "Chorando Alto" and "O Escolhido."

He began playing guitar at the age of 14 and went on to study at the Centro de Creatividad Musical Pernambucano.

He has performed at several premiere music festivals, including the Montreaux Jazz Festival.

He posed for a photo with fellow guitarist Scott Henderson at an event in 2018.

Cacau Santos Is A Member Of