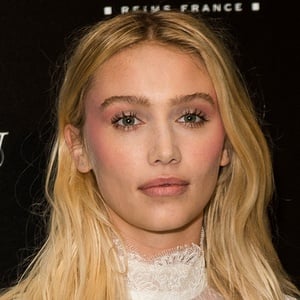 Social media star who gained fame as the girl in the Justin Bieber music video for his single "All That Matters." She then appeared in the video for another Bieber single, "Confident."

Already represented by Osbrink Agency, she had no idea that she was cast in a Bieber music video until she saw the call sheet the night before.

She was signed by Newmark Models and Wilhelmina (NY). She received death threats upon the initial release of the "All That Matters" music video.

She was born and raised in San Diego, California. She has two brothers.

She appeared in the music video for the song "Something I Need" by Ryan Tedder's band OneRepublic.

Cailin Russo Is A Member Of