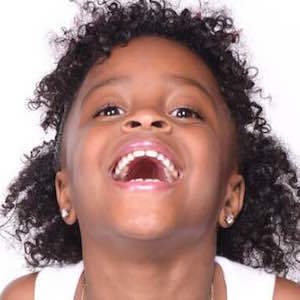 She has been performing since she was three years old.

She had more than 400,000 Vine followers when the app was shut down. Her first live show at her hometown's Mardi Gras on March 1, 2014 was standing room only, as the auditorium, which seated nearly 1,000 people, quickly sold out. In August 2020, she signed with the talent agency UTA.

She was born in Bogalusa, Louisiana. Her full name is Caitlyn Christian Amari Price. She has an older sister named Cameran and an older half brother named Jalen. Her mom Daphne has had a popular Instagram account at yooohypemommy. Her dad's name is Christopher.

She has appeared on the Steve Harvey Show.

The CeCe Show Is A Member Of