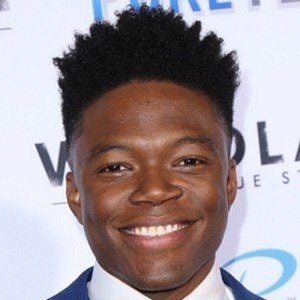 Actor and former football player who is widely known for playing Tony Nathan in the 2015 drama film Woodlawn. His starring turn in the film marked his first ever on-screen credit, and he was cast 3 days before production began.

He played college football for the Alabama Crimson Tide, where he walked on. He won the 2011 and 2012 national championships as a member of the Crimson Tide.

He initially signed his contract to work on Woodlawn as the stunt double for the lead actor playing Tony Nathan.

He has two brothers named Tim and Simeon. His father was an All-American defensive back for Bear Bryant and the Alabama Crimson Tide.

He starred alongside Sean Astin in Woodlawn.

Run the Race
The World We Make
Woodlawn