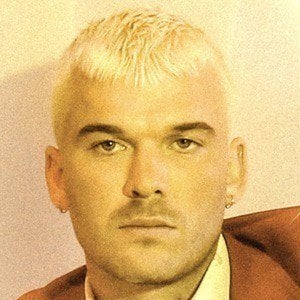 Multi-instrumentalist behind the sibling duo Broods responsible for the trance-like, synthetic beats that came to define their music. Their singles "Bridges" and "Mother & Father" both went platinum.

Although he and his sister had performed together growing up, he's credited the decision to pursue full-time to her. They were both in college at the time; he was studying industrial design.

He said in an interview that the name of the band, Broods, works on two different levels. Along with describing their musical style fairly accurately, it's also a term used for various families of fowl, tying it in to the fact that they're siblings.

He and his younger sister Georgia, along with three other siblings, grew up in Nelson, New Zealand.

Caleb Nott Is A Member Of