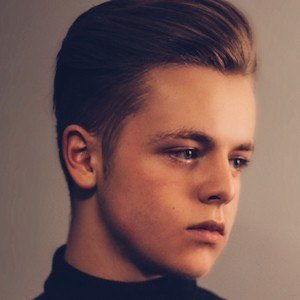 Singer and songwriter who has rose to fame following the release of his debut single "Home" in August of 2015. He won the Young Artist Award at the Staffordshire & Cheshire Music Awards.

A self-taught pianist and guitarist, he began songwriting and entered the unsigned music scene in 2014, playing his debut gig at a small festival in Bristol.

He was previously a member of the R&B trio Boyz Klub with Harry Cracknell and Kieran Marsh. In June 2015, Boyz Klub released their debut song cover to YouTube, a performance of Chris Brown's "Should've Kissed You."

He supported Britain's Got Talent's Bars and Melody, a duo composted of Charlie Lenehan and Leondre Devries, on their UK tour.

Callum Jackson Is A Member Of