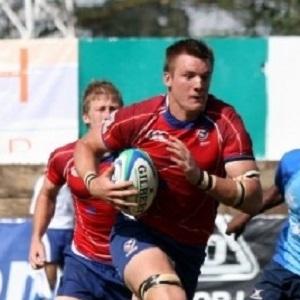 Rugby union player best known as a member of the Northampton Saints. Rugby Magazine named him U.S. Breakout Player of the Year in 2013.

He attended Life University, where he won a National Championship and was a four-time All-American.

He is one very few Americans to have played professional rugby outside the United States.

His father was a high jump athlete.

Cam Dolan Is A Member Of