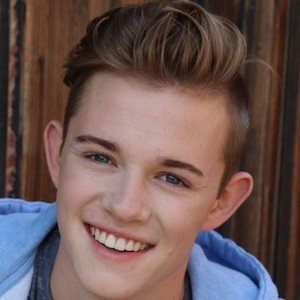 Television and stage actor, he is most known for playing the bully Trevor on Fox's Raising Hope from 2011 to 2013.

He saw The Lion King at The Pantages Theatre in Los Angeles when he was 6 years old and decided at that moment that he wanted to be an actor. He immediately enrolled in acting, dancing, and singing classes.

He had a lot of fun playing the antagonist on Raising Hope. His character had a pet chimpanzee, so he spent a lot of time on set hanging out with monkeys.

He has lived in Calabasas, where he began attending Calabasas High School in 2013 and found his home in the drama club. He played Puck in the school's production of A Midsummer Night's Dream.

Camden Garcia Is A Member Of