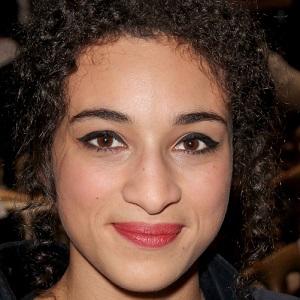 Pop singer who gained worldwide fame for her appearances on the French singing competition Nouvelle Star in 2009. Since then, she has gone on to release commercially successful singles like "Calamity Jane" and "Moi C'est."

She was raised in La Londe-les-Maures and auditioned for Nouvelle Star at age sixteen.

She has two siblings, a sister and a brother.

She and Christophe Willem both rose to fame through their performances on Nouvelle Star.

Camelia Jordana Is A Member Of