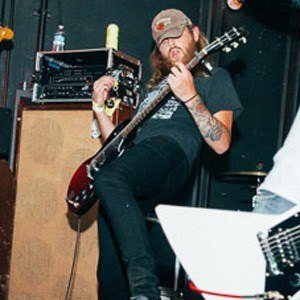 American professional guitarist who rose to fame as a member of the indie rock band Sorority Noise. He is also recognized for having performed guitar and vocal duties for the screamo outfit Old Gray.

In 2013 he and Sorority Noise released a cassette tape entitled Young Luck.

He is originally from New Hampshire.

He is friends with fellow rock musician Julien Baker.

Cameron Boucher Is A Member Of