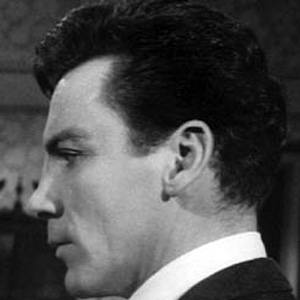 Hollywood leading man of the '40s and '50s who appeared in an array of films including Love Me or Leave Me and Désirée. He also starred as Buck in The High Chaparral.

After flying a bomber in WWII, he began acting on Broadway, crossing over to Hollywood with small roles in They Were Expendable and other films.

He began a second career with Mario Bava's Italian horror and thriller films, Blood and Black Lace and Erik the Conqueror.

He was born in Dallastown, Pennsylvania to Rev. Charles and Kathryn Mitzel.

One of his best-known roles was opposite Marilyn Monroe in the 1953 comedy, How to Marry a Millionaire.

Cameron Mitchell Is A Member Of