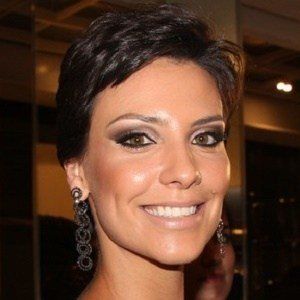 Film and television star most well recognized for her portrayal of Nefertari in The Ten Commandments. She has also been seen in recurring roles in America and Forbidden Desire.

She made her onscreen debut in 2005 playing Mari in America.

Some of her prominent feature film credits include O Cavaleiro Didi e a Princesa Lili, A Garota Mais Estranha do Mundo, and O Último Virgem.

In the drama Forbidden Desire, she starred alongside Murilo Rosa.

Camila Rodrigues Is A Member Of