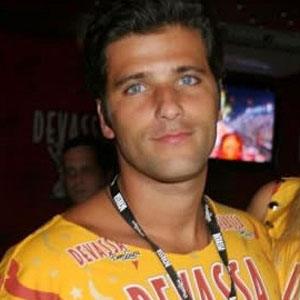 Most notable for roles in television series including As Filhas da Mae as Jose Rocha, Paraiso Tropical as Ivan Novaes, and Passione as Berillo Rondelli.

Starting as a child actor, he was in a 1999 episode of Voce Decide in the episode titled Papai e Gay!.

He played Rodrigo D'Avila in the 2000 series, Chiquititas.

He was married to Camila Rodrigues from 2006 to 2008 and later married Giovanna Ewbank in 2010. He and Giovanna have two adopted children, Chissomo and Bless. He has two siblings named Thiago and Paula.

He performed a Brazilian voice dubbing for the film Racing Stripes, which starred Hayden Panettiere.

Bruno Gagliasso Is A Member Of