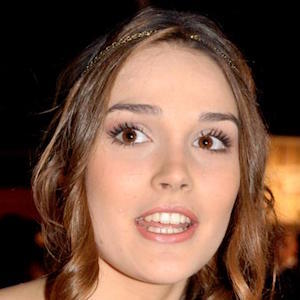 French singer and actress who is known for the album La Grande Aventure which she released under the pseudonym Jimmie. She has also acted in the musicals 1789: Les Amants de la Bastille and La Légende du roi Arthur.

When she was 12, she won a local singing competition called Les Voix de Noël.

She worked on the album Forever Gentlemen Volume 2, which was released in October 2014.

Her father was a singer and guitarist for the group Paradoxe, and she has two older sisters.

She recorded a song from Disney's The Beauty and the Beast with Garou for the 2014 album We Love Disney.

Camille Lou Is A Member Of