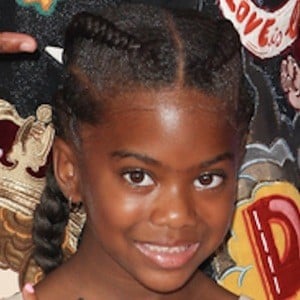 Known as the daughter of NBA star Chris Paul. She was born on August 16, 2012 to Chris and his college sweetheart Jada.

Her father rose to national prominence as a student-athlete for Wake Forest University's basketball team. He has subsequently achieved stardom in the NBA playing for the Los Angeles Clippers.

Her family appeared on Famliy Feud in November 2011 prior to her birth. Her father has also become a national spokesman for insurance brand State Farm.

She has one older brother named Chris, Jr.

Her father has risen to prominence playing for the Los Angeles Clippers alongside DeAndre Jordan and Blake Griffin.

Camryn Alexis Paul Is A Member Of