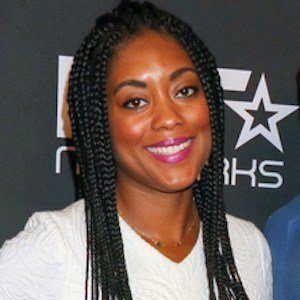 Rocketed to fame as the wife of NBA star point-guard Chris Paul. She has earned over 130,000 followers to her jada_ap Instagram account.

She met Chris Paul at a basketball game in 2003 while both attending Wake Forest University.

She has worked as a prom dress designer and has the Jada Paul Prom Dress Giveaway, which is part of her husband's Chris Paul Family Foundation.

She and Chris married in September 2011. Together they have one son, Christopher II, and one daughter, Camryn.

The Paul family is close to other NBA players like LeBron James and Blake Griffin.

Jada Paul Is A Member Of