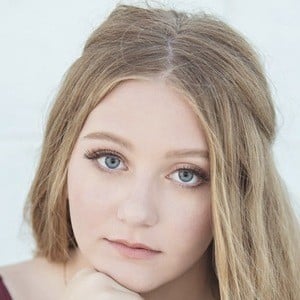 YouTube star who rose to fame documenting her life as a teen mother on her channel Cam&Fam. She's garnered over 252 million views.

She also has a camandfam Instagram account, which has over 550,000 followers. In February 2021, she launched a podcast called Sisters By Chance with her sister, Addison Danielle Turner.

She is one of five siblings. Her daughter, Collette, was born on February 12, 2018. She became engaged to Landon Clifford in June 2018 and they married a year later. In May 2020, they welcomed their second child, a daughter named Delilah. Her husband Landon tragically passed away three months later. She came out publicly as pansexual in an August 2021 YouTube video. She and her boyfriend Cameron began their relationship in 2021 but announced their breakup in February 2022.

Camryn Turner Is A Member Of