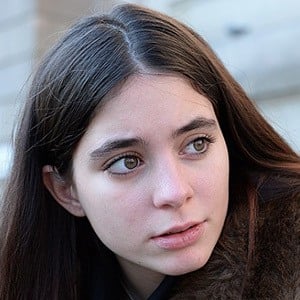 Spanish actress and presenter who is known for playing the recurring role of Berta Prats on the television series Merlí. She is also known for her work on the programs Merlinari and Matriculats.

She first started her acting career in 2010 when she starred in the film Blog as the character Marta. She then went on to earn her first recurring role in the series The Red Band Society as the character Mireia.

She is also a singer who is credited for performing the song Que hi ha? on the show Oh Happy Day.

She was born and raised in Barcelona, Spain and her parents are Matilde Obradors and Carlos Anton.

She starred alongside fellow Spanish actors Carlos Cuevas and Julia Creus in the 2015 film Merli.

Candela Antón Is A Member Of