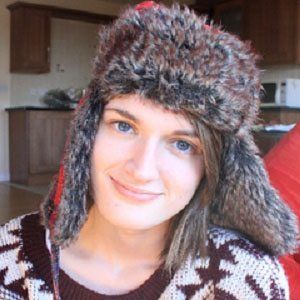 Popular YouTuber known online as candysomething who films book reviews, travel diaries, and videos in the form of 'scribbles.'

She first launched her candysomething channel on July 4, 2010. She is an Irish university graduate.

She joined the female online creator platform Wonderly. She previously collaborated with unsignedletters and acrossonesky on a YouTube channel.

She and her husband Bribry O'Reilly have a shared YouTube channel called LifeofBribry.

Gillian Flynn's Gone Girl and Richard Ayoade's Ayoade on Ayoade are among the many books she has reviewed.

Candice O'Reilly Is A Member Of