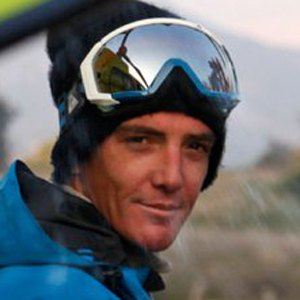 Regarded as one of the top freeskiers in history, he has numerous victories to his name including multiple gold medals at X Games events such as Big Air, Superpipe and Slopestyle. His point-of-view videos often go viral on the web.

He was two years old when he first learned to ski. He joined a local ski club at the age of 5, and already won his first French National Junior Championships at the age of 14.

One of his biggest and most notable accomplishments is completing a transfer jump of 120 feet called Chad's Gap in Utah. He organizes a competition called the Candide Invitational in his hometown. He appears in a series of movies called Rastafaride.

His brother is snowboarder Mirabelle Thovex.

He and Tom Wallisch are both X Games gold medal-winning freeskiers.

Candide Thovex Is A Member Of