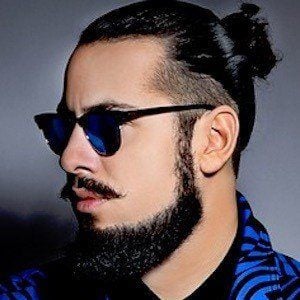 Albanian Kosovar musician and rapper best known for performing in his Gheg Albanian dialect. He released his debut album Mouth of Madness in 2008 and later released the 2015 album SDM.

He first gained an interest in music as a teenager attending Sami Frashëri High School.

The music video for one of his most popular songs, "Pare Pare," earned more than ten million views in less than two months after being posted on YouTube.

He was encouraged to take up rapping by his uncle, Besnik Canolli, a member of the Albanian Kosovar rap group 2po2.

He is friends with fellow Kosovo-native and star soccer player Xherdan Shaqiri.

Capital T Is A Member Of